BY BOAT - LUANG PRABANG OR HOUayXAY 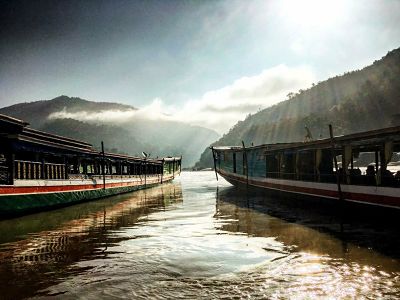 Slow boats leave every day, in the morning in both directions (Luang Prabang or Houayxay). They depart around 08:30 and you can take the tickets directly at the pier for the cost of 150,000 kips. As they are no seat numbers on your tickets, we recommend arriving early to get one of the better seats. There is nowhere to stop or buy lunch along the way, although snacks, beers and instant noodles are sold on board.  The ticket costs approximately 150,000 kips

The Sanctuary Pakbeng Lodge suggests a free pick from Pakbeng pier upon arrival.

There are 2 private companies which cruise downstream from Houayxay to Luang Prabang via Pakbeng (and vice versa cruise upstream): 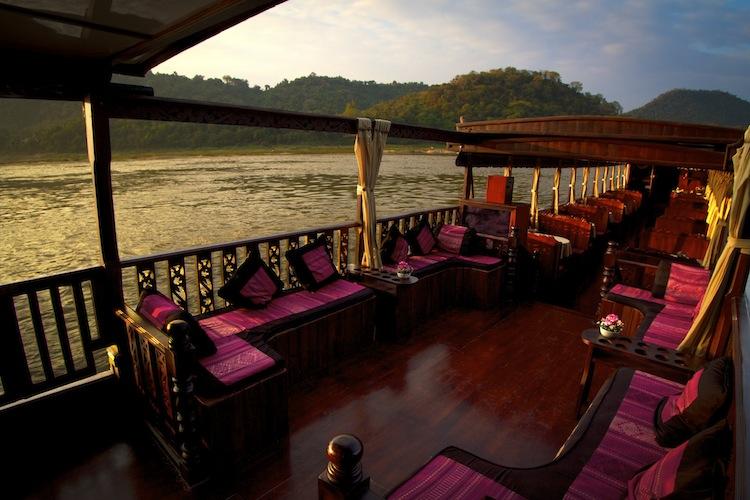 All boats land directly at the hotel’s pier (complimentary pick up from Pakbeng Pier if necessary when the Mekong level varies not making a direct docking possible). Bookings with these partners may be made with us directly.

Pakbeng bus station is located 2.1 kilometers out of town along the main road. A free transfer is suggested by the Sanctuary Pakbeng Lodge upon request. 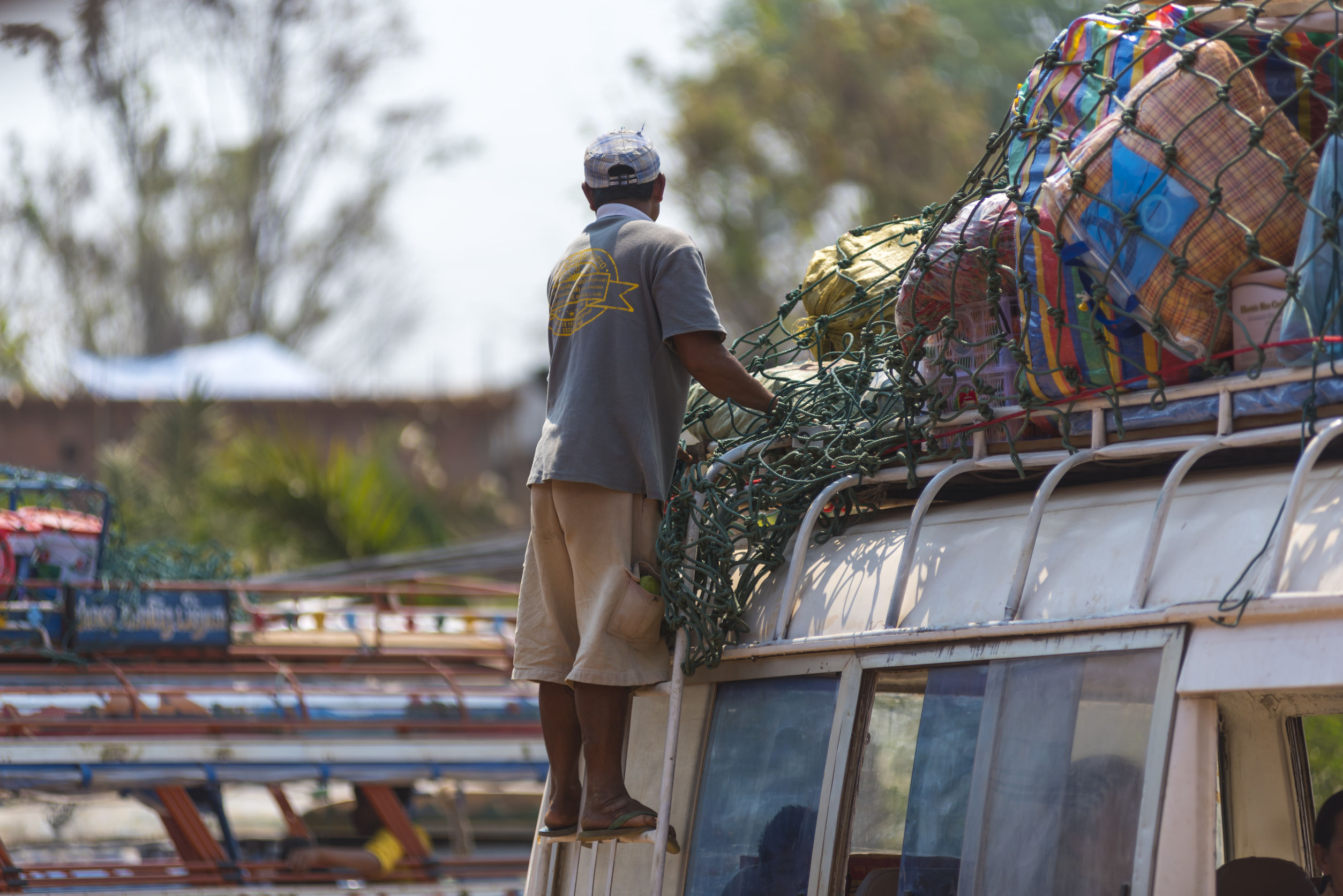 The bus ride to Oudomxay province covers roughly 140 kilometers of winding roads, (approximately 4 hours and a half drive).  The ticket costs 80,000 kips and may be arranged via the Lodge directly.

No buses exist between these two towns currently. 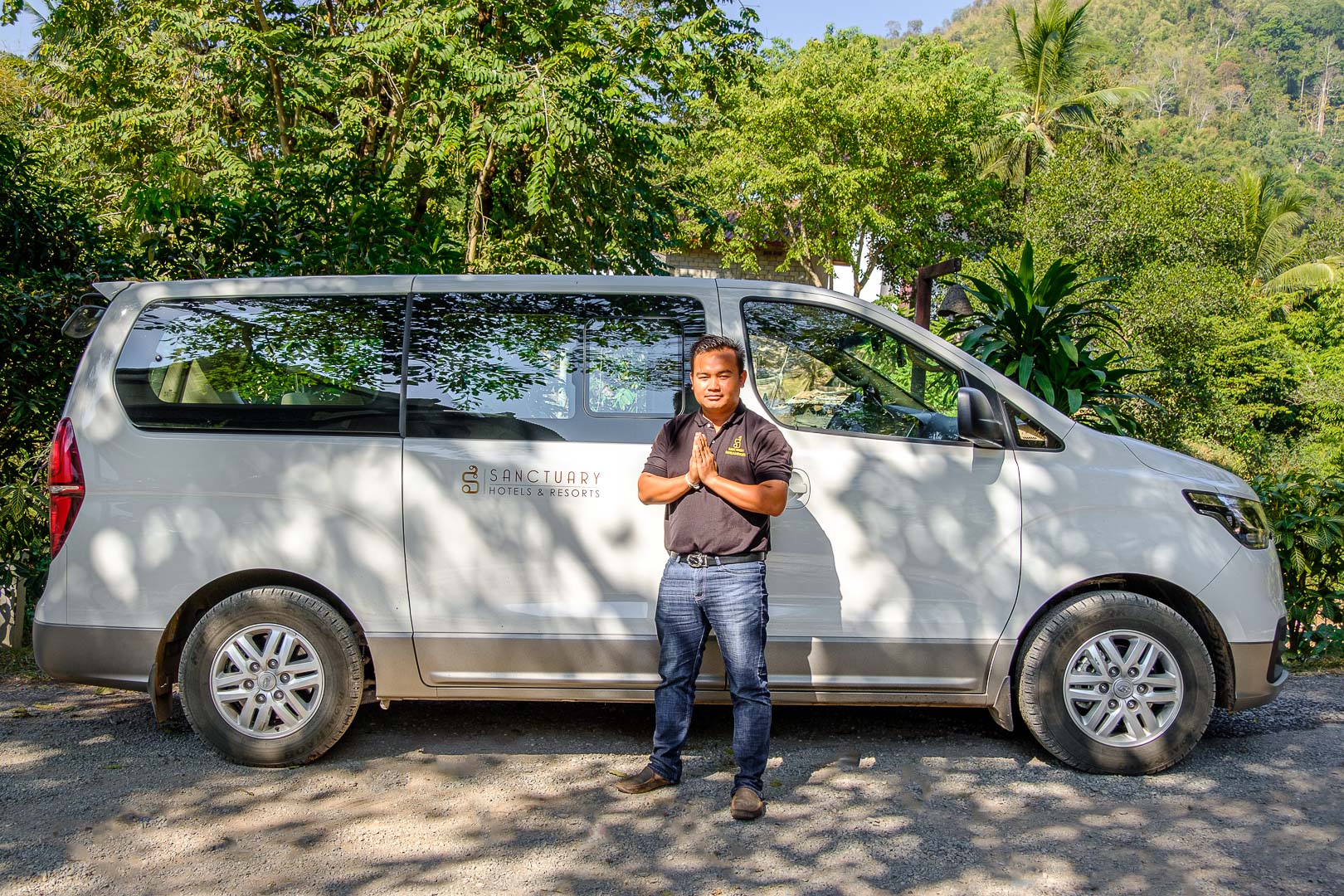 Private minivan options are bookable directly with the Sanctuary Pakbeng Lodge. We may arrange transfers to the Lao / Thai border at Muang Ngeun, the royal city of Luang Prabang and Oudomxay (including Namkat Yorla Pa Resort)